Fall Armyworms Present Unlike Ever Before 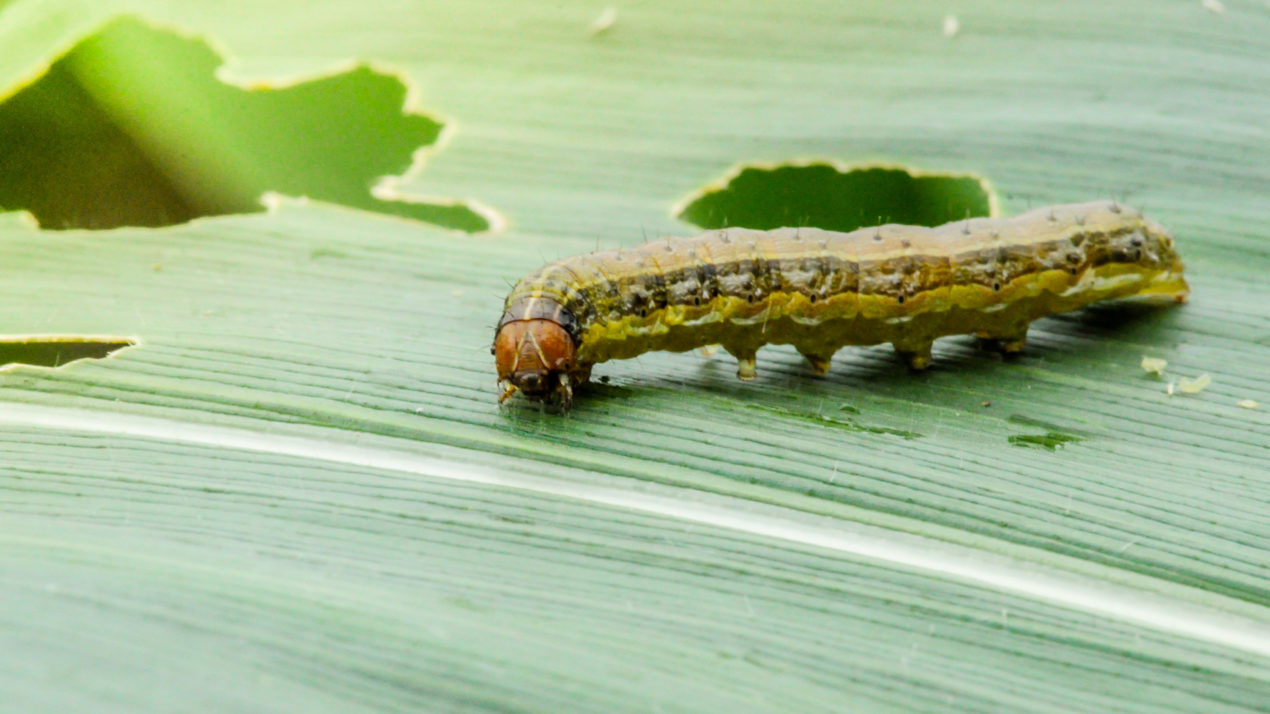 This year in Wisconsin a fall armyworm population is present unlike anything most entomologists have ever seen. These pests are doing damage to alfalfa, winter wheat and other cover crops around the state. Bryan Jensen, UW-Extension Pest Management Specialist shares that this warmer fall weather has helped to create a “perfect storm” to help these fall armyworm thrive.

The fall armyworm that we are dealing with now are a totally different species from the normal armyworm that we sometimes can see on corn crops during the late spring. This species is actually a tropic or sub-tropic species that occasionally migrates to Wisconsin, but usually in very small numbers. The good news? According to Jensen, they will most definitely not over-winter here in Wisconsin. Since they are a warm weather species, they will not survive the winter.

Jensen speculates that a while ago, these moths had a strong fly up to the area and laid lots of eggs in our fields. The larvae are now developed enough that they can do a significant amount of damage to these crops pretty quickly. While it seems like they are moving very fast, it is most likely that they have just been undetected until now since nobody plans to scout their fields for pests around this time of year. The warm weather pattern that we have been having has helped them to grow, develop and be more active.

Other than the crops mentioned, the fall armyworm can also do some damage to pasture. Jensen recommends to be scouting pastures at this time for these pests, since it looks like we still might have some warmer weather for a bit yet. It’s not too late to spray off these pests. It’s also a good idea to plan ahead for next year. Jensen hopes this is a once in a lifetime event, but after they’ve been here once they may come back again.