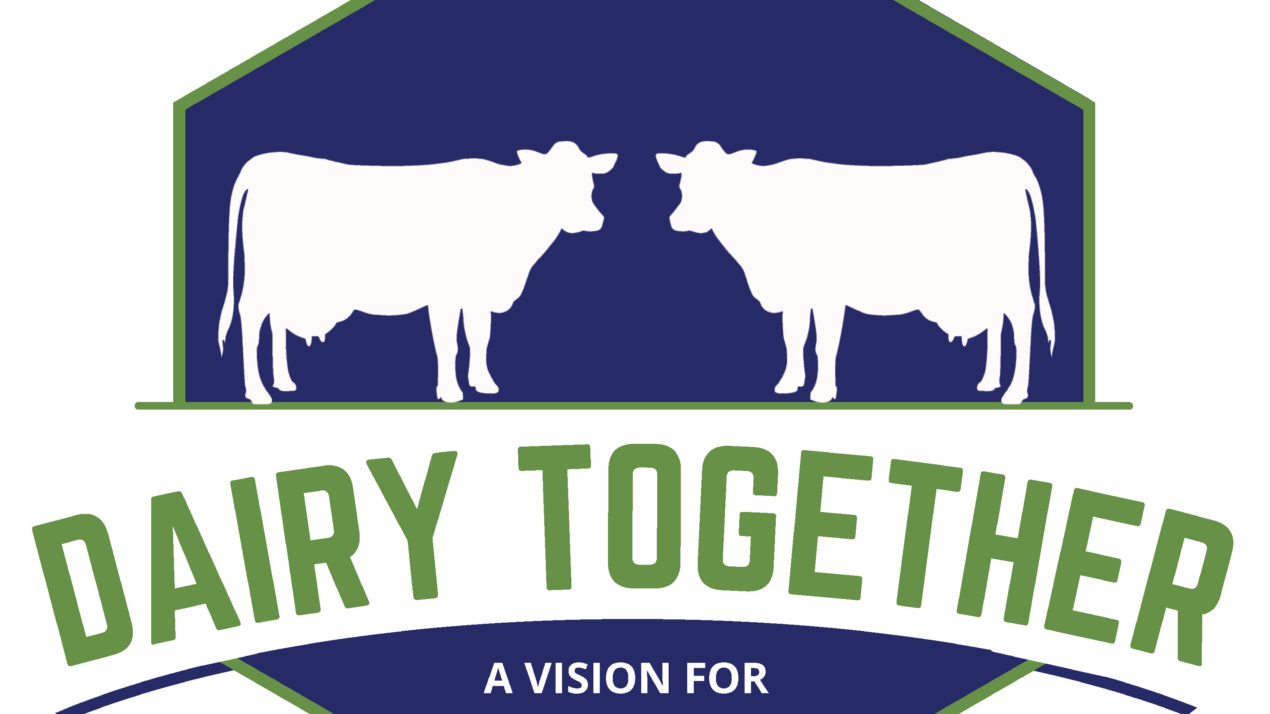 Farmers from throughout western Wisconsin gathered last week to envision how the Dairy Revitalization Plan could boost farm income and slow the exodus of dairy herds in America’s Dairyland. Over 200 farmers attended a series of meetings held in Abbotsford, Cashton, and Chippewa Falls.

The events were organized by local dairy farmers, with support from 31 chapters of the Wisconsin Farmers Union (WFU) and Wisconsin Farm Bureau Federation (WFBF). The groups presented a farmer-led, research-backed growth management plan for the U.S. dairy industry.

“We’ve lost an average of one to two dairy herds a day in Wisconsin in recent years,” said Dairy Together Organizer Bobbi Wilson. “This program does not seek to pit small farms against large farms; instead, we’re looking at how we can pull together to create meaningful dairy policy reform in the next farm bill.”

Buffalo County Farm Bureau leader Joe Bragger noted that only 30,000 dairy farms remain in the United States — roughly as many dairy farms as Wisconsin alone boasted in the 1990s.

“I’m proud of the grassroots of Farm Bureau and Farmers Union and the fact that we’re in the room here together,” Bragger said. “As we move into this next farm bill cycle, someone will be making decisions on dairy policy. We need to be at the table.”

Dairy economists Chuck Nicholson and Mark Stephenson provided an overview of what could have been accomplished if growth management was implemented in the 2014 Farm Bill. The presentation was based on their “Analyses of Proposed Alternative Growth Management Programs for US Dairy,” which was funded by the University of Wisconsin (UW) “Baldwin Wisconsin Idea” program, the Grassland 2.0 project, the Wisconsin Cover Crops Research and Outreach Program, and UW Center for Integrated Agricultural Systems.

“Farms that stay within their allowable growth wouldn’t pay a market access fee and would receive money from a pool of expanding farms,” Nicholson explained. That payment acts as an incentive for farmers to coordinate production to match growth in demand.

Stephenson pointed out that the idea of growth management is becoming less radical, as cooperatives have seen the benefits of managing their intakes. “We’ve gotten some real-life experience with these programs as co-ops implemented them over the past few years, and we realized no one died, and they did have an impact on the price,” he said.

During the winter of 2020-2021, a group of WFU and WFBF members collaborated on possible growth management scenarios. The groups established core tenets for a growth management plan they could support, including allowing for beginning farmer entry, complying with existing trade agreements, and not causing a significant increase in retail prices. Those parameters guided Nicholson and Stephenson’s research.

“If we would have had such a program implemented, the average increase in price from 2014 to 2021 would have been $1.41 per hundredweight,” Nicholson noted, stressing the research shows farmers would have seen less price variation on their milk checks.

The impact on consumer prices would be minor, with costs rising 15 cents for fluid milk prices and 11 cents per pound for wholesale American cheese. In turn, U.S. dairy exports would continue to grow, albeit at a slightly reduced rate.

The plan would also reduce the need for government safety nets for dairy farmers, cutting expenditures nearly in half. Domestic dairy product sales were projected to continue to grow, with a drop of only a few percentage points compared to the baseline comparison of no implementation of growth management.

The answer for many of those in attendance is that it is time for change.

Clark County Farm Bureau President Clark Turner milks 120 cows on his Withee dairy farm. He wonders about the future for the next generation of dairy farmers, including his sons.

“Right now we’re in an uptick for prices, and you think ‘oh boy, this is gonna help us,’ but then we see the cost of inputs skyrocketing,” he said. “It’s bleak. We just never seem to be able to dig out of the hole.”

“It does look like this plan could provide that stability that we all long for,” Turner said. “We all want to know that we’re going to be okay and the bills are going to be paid going forward. This is a step in the right direction to get there.”

WFU District 6 Director Sarah Lloyd has been involved in the conversation around growth management in her roles as a rural advocate and researcher. She farms near Wisconsin Dells with her husband and his family on a 400-cow dairy farm and, in her role with the UW Center for Integrated Agricultural Systems (CIAS), helped convene a stakeholder group to provide input around growth management research.

“We were that farm that was at 125 cows in 2002 and doubled the herd in order to have all 3 families draw a salary from the farm,” Lloyd said. “We’ve been running on the treadmill ever since.”

She views working on a policy to stabilize prices as a benefit for Wisconsin’s rural communities, which have been hit hard by the decline of dairying.

“We all know those neighborhoods where there used to be dairy farms all down the road, but they’re gone now,” she said. “When you lose those farms, they stop buying from suppliers. I see the benefit of growth management not only as the potential for my farm business but also for the web of economic interactions between the businesses we work with and for the social vitality of our communities.”

“We’re seeing processors owning farms,” added Bruce Gumz of Tri-G Farms in Dorchester. “We’ve got a clear picture, looking at what happened with chickens and hogs, of what could happen. We’re following that pattern of consolidation, pedal to the metal.”

WFU Vice President and Westby dairy farmer Darin Von Ruden said he takes the growing support for growth management as a hopeful sign. “It’s exciting to see different groups coming together around this plan,” he said. “I’ve been involved in dairy issues for 20 years and have seen crowds gather around an idea and then die down, but there’s a lot of hope and momentum behind this movement.”

As he nestled his young grandson in his arms, he stressed, “My work today is really about looking ahead to 20 or 25 years. What future is there for our kids and grandkids if we continue down this path we’re on?”

Monroe County dairy farmer Jack Herricks agreed. “This discussion has had a longer lifespan than any other effort made in the past,” said Herricks, a Farm Bureau member who farms on his family’s century farm near Cashton. “The fact that it continues to gain support and more discussion and consideration speaks to the fact that there is interest and there’s a lot of work being done to flesh it out and make it work for the majority.

Von Ruden added that implementing a plan that keeps more farms on the land rather than fewer is valuable from a food security perspective.

”As chaotic and painful as the COVID crisis was over the past few years, it was an important lesson in the need for resilience so we can better withstand future shocks to our  food system,” Wilson agreed. “I hope this can be the turning point to not only think about economic efficiency but also economic resilience. Growth management has the potential to do that.”

Since launching in 2018, Dairy Together has built a strong coalition of dairy farmers and industry stakeholders, secured research on growth management, and empowered farmer-led solutions to the dairy crisis — but the work is far from over.

“The opportunity we have is the 2023 Farm Bill, and those conversations are happening right now,” Wilson said. “The strength we can bring as a community of dairy farmers and allies is a demonstration of what can be done. Now we have the benefit of hindsight, of knowing what would have happened if we had implemented growth management in 2014, and we can see clear benefits.”

She called on farmers to lift up growth management, and particularly the Dairy Revitalization Plan, in their cooperatives and help educate fellow farmers, consumers, and policymakers. Those who are interested can sign up for updates and find action steps at www.dairytogether.com.

“Changing federal dairy policy is a huge task, but if we don’t get this done in the next farm bill, there are not going to be enough dairy farms left to support a sustainable industry,” Wilson said. “We need diversity in herd sizes – we need large farms to supply a bulk of milk but also small farms to provide resilience – and growth management is the path toward striking that balance.”