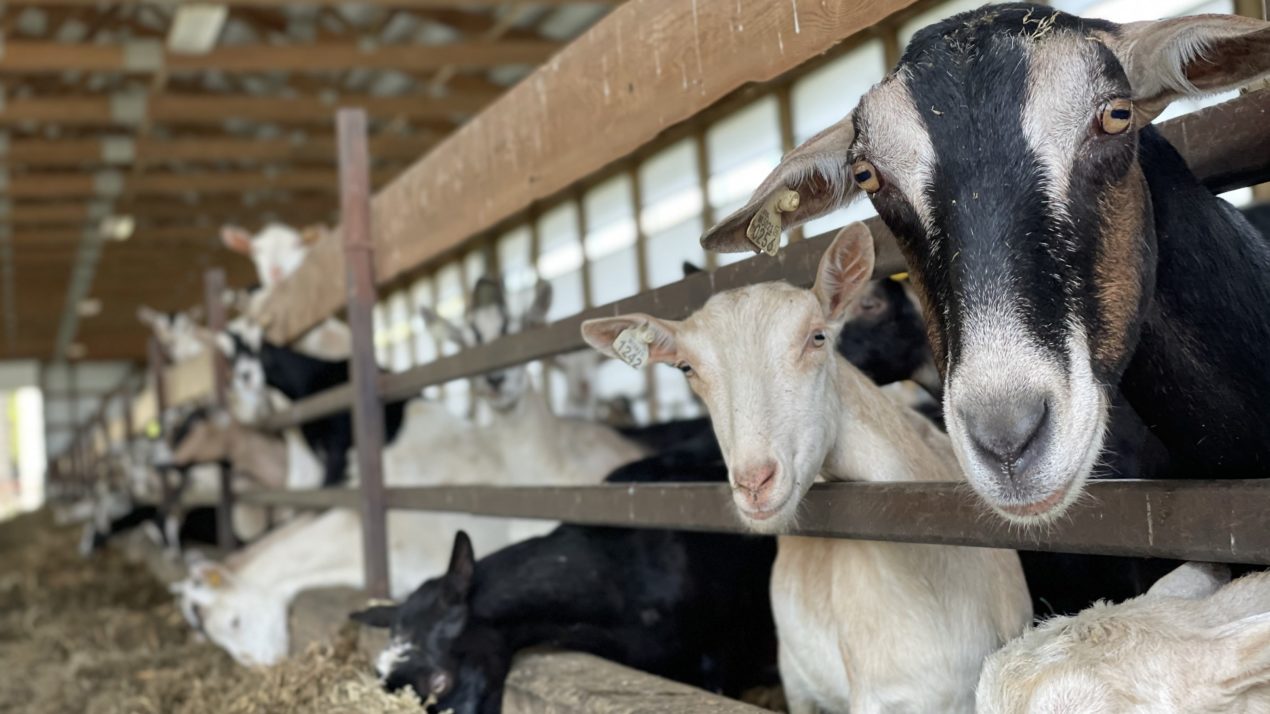 Wisconsin is America’s Dairyland. But what you may not know, is Wisconsin is home to the top goat milk producers in the nation. We were able to make a trip over to Lake Geneva, Wisconsin recently, to catch up with Seth Loudenbeck of Loudenbeck Farms Dairy Goats. He was able to show us around and educate us about his operation and how it has developed over the last 9 years.

Previously, the Loudenbeck family had a dairy cow herd, that was sold due to a barn fire on their farm in 2003. When Loudenbeck graduated high school, they decided to look into milking dairy goats instead, and the operation has continued to grow since then. They started with a herd of about 100 milking does and have now expanded to about 650 head. Their herd consists of Saanen and Alpine cross does that they milk twice a day. Loudenbeck says raising dairy goats has many differences compared to raising dairy cows, but in the end says just as “happy, healthy cows make a lot of milk; happy, healthy goats make a lot of milk.”

One of the major differences between the two operations is nutrition. High quality forage is the number one ingredient in the doe herd’s ration, feeding them alfalfa balage produced mostly on the farm. The does are also supplemented with a purchased corn-based sweet feed mix to ensure quality milk production. And lately, they have been paying close attention to feed intakes and utilizing all waste feed to alleviate the current high feed costs.

Spring is a very busy time around the farm, as they kid from January to the first part of June, with their heavy times being in January and May. Most females are retained as replacements to continue growing the herd, and all buck kids are marketed within a week to a feeder buyer in southern Indiana. Those buck kids are then fed out to about 100 pounds before being sold. Loudenbeck says in their 9 years of raising goats they have seen the market at its highest and lowest points. Luckily for them, this past spring has been the strongest buck market they have experienced yet. To continue seeing success with their buck kid sales, they have also now decided to begin breeding their yearling does to meat goat bucks to capture a higher premium on those kids.