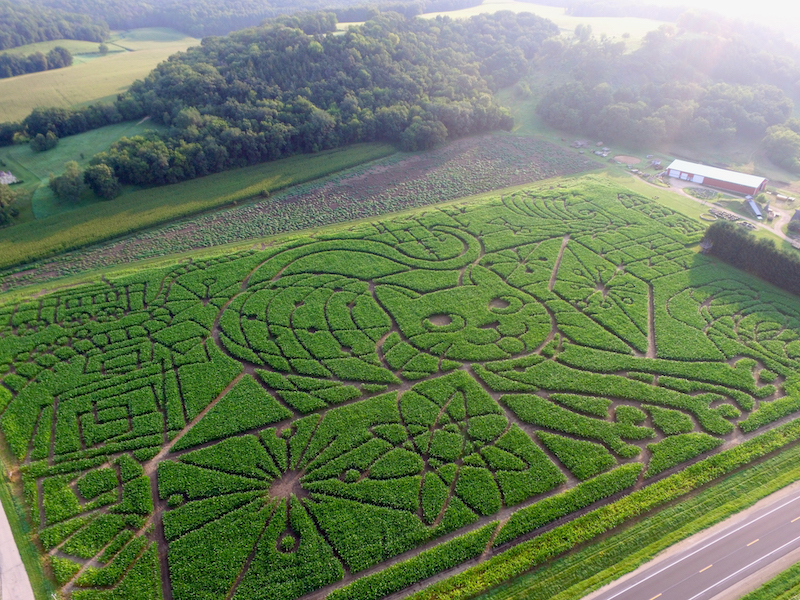 Lodi is home to one of the top 10 corn mazes in the U.S., according to USA Today. Angie and Allen Treinen of Treinen Farm, just 20 miles north of Madison, have been designing and cut their own maze for more than two decades.

Part art installation, part outdoor escape room and part social experiment is how the Treinens describe their mazes. Each year the couple picks a theme and cuts the corn. This year, the theme is “thought experiments” featuring Schrödinger’s cat, Zeno’s arrow and the string theory, among others.

Allen explains the design is laid over a grid. The grid is replicated in the 15-acre corn field — large for the state. It takes between 45 minutes and two hours to get through the maze. Stakes are used to mark the trails. Allen plants common field corn, but it’s a longer season corn that he plants late so that it’s green late into the fall.

He says the cost of admission to the farm surpasses the loss from cutting the corn crop. The maze is up from Labor Day through the second weekend of November.