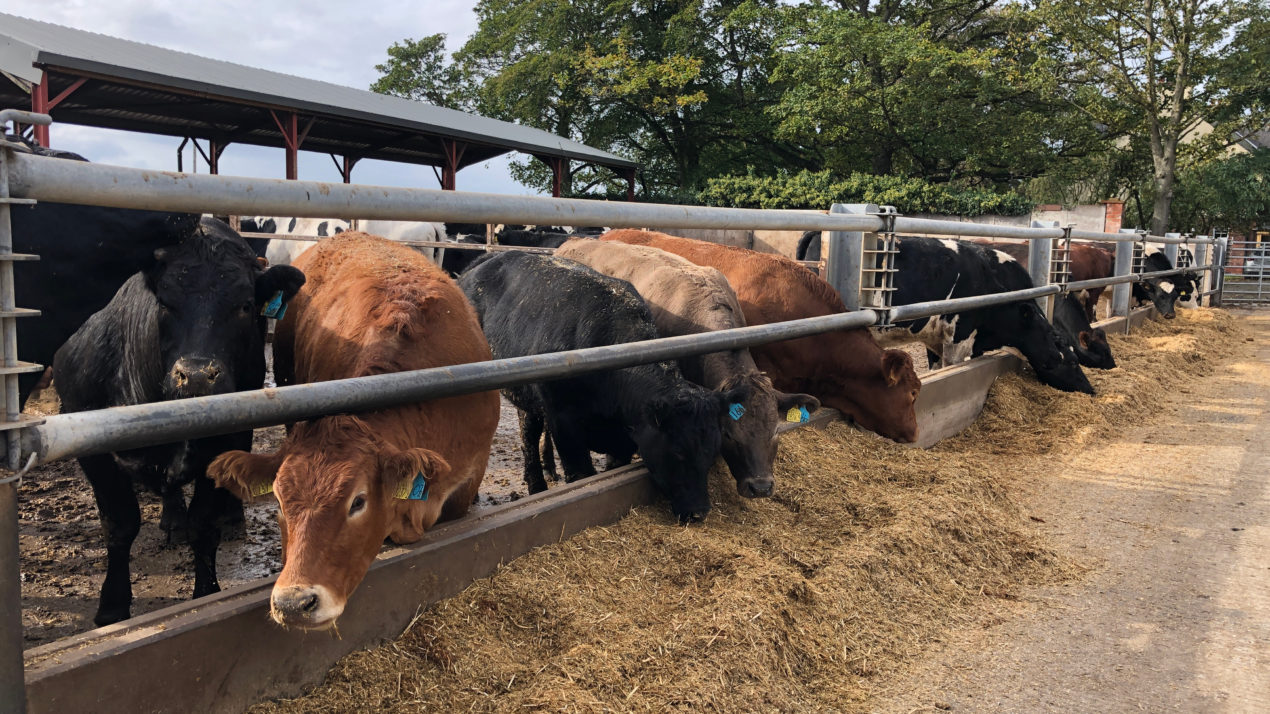 The USDA released its latest Cattle on Feed report last Friday (9/25.) The report was expected to be bearish, but the numbers came in even less friendly than expected. The report says this is the highest September cattle on feed number since the report began in 1996. On feed numbers are 4 percent higher than year ago, cattle placed into feedlots is 9 percent higher than a year ago. Cattle marketed in August was 3 percent lower than 2019. Fed cattle supplies will still be tighter beginning this month and through the end of the year. Based on the Cattle on Feed report we can expect larger supplies to resume in late first quarter 2021. Average carcass weights were 893 pounds last week, which was 6 pounds higher than the previous week. (The previous week had marked the first drop in carcass weights in several weeks.) Even with the carcass weights higher, fewer cattle graded Choice, indicating that cattle are still moving toward being more current. The northern US saw fed cattle $1.00 to $2.00 higher with little action in the south as feedlot operators holding out for higher bids. #

Export sales of pork continue at good volumes with 40,800 metric tons of new sales reported this week. This is the second week since China and other Asian countries banned the import of German pork due to wild boars testing positive for African Swine Fever (ASF) there. Export sales of pork to China have not increased, however. Mexico was the lead buyer of pork at 17,900 metric tons. The China swine herd is expected to reach pre-ASF levels sometime next year. Wholesale pork prices in China have dropped slightly, but are still 25 percent higher than a year ago and is the major cause of inflation in their economy. Pork is considered a luxury this year for this week’s Golden Week holiday. Export sales and continued strong domestic demand will be some key factors through the end of the year until hog supply lessens in 2021. #

Deli-meat sales are up 11.2 percent compared to 2019 according to an article from Meat + Poultry. That increase in random-weight non-UPC deli meat has been a boost since the deli and deli prepared segment has struggled since COVID-19’s onset. Pre-sliced, bagged grab-and-go options have become popular. The article quotes Maria Alarcon, direct to retail marketing manager for Beloit, WI based Kerry Ingredients. Alarcon says the shift to pre-packaging fresh deli items like meats, cheeses and prepared foods will be a long-term change. #

The National Agricultural Statistics Service (NASS) released its Grain Stocks report Wednesday (9/30.) This report indicates the amount of grain in storage as of September 1, and includes comparisons to September 1, 2019. The largest change from last year is a drop of soybean stocks by 42 percent. Corn stocks nationally were down 10 percent from a year ago. NASS’s Wisconsin Field Office reports soybeans in storage totaled 15.0 million bushels in the state, 49 percent below 2019’s record high of 29.6 million bushels. Of the total Wisconsin stocks, 19 percent of the soybeans are stored on-farm. Wisconsin stored corn is 92.2 million bushels, 12 percent below the 2019 level of 104 million bushels with 43 percent of corn stored on-farm. #

Wisconsin all-milk price for August was $19.40/cwt. This was $2.90 lower than last month’s price but 30 cents higher than last August’s price.