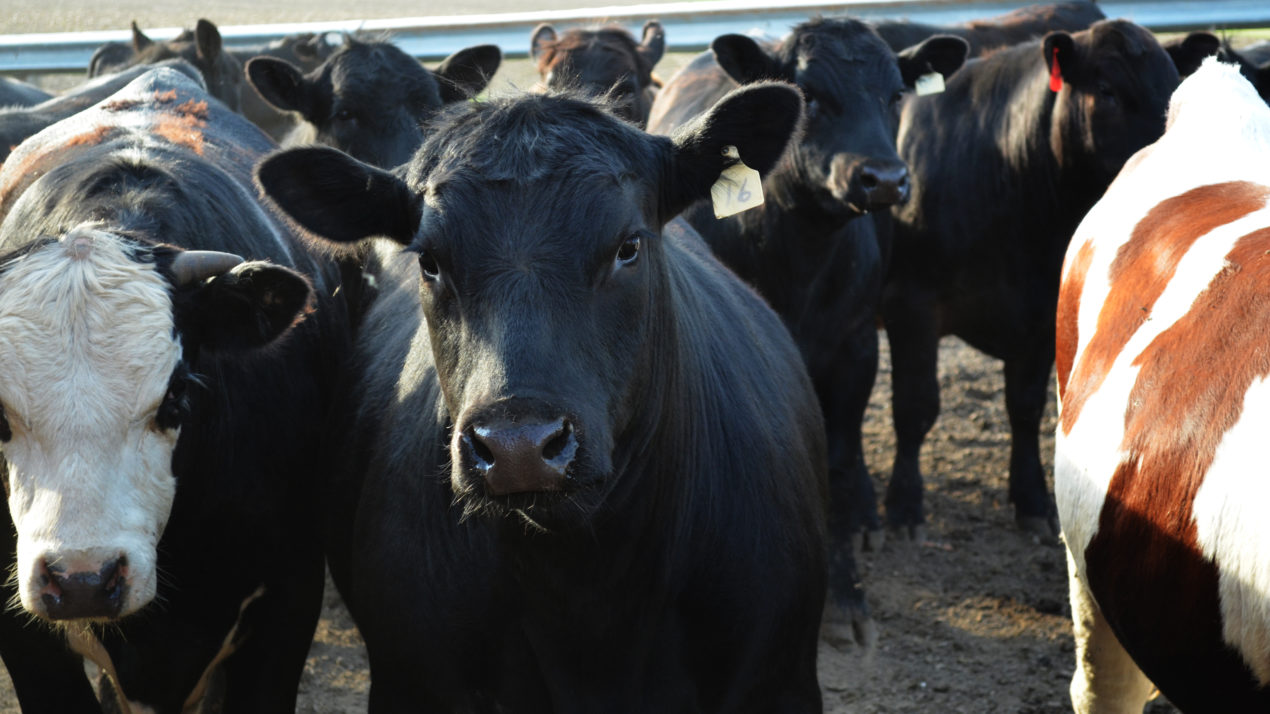 The cash fed cattle market was $2.00 to $4.00 lower this week at Wisconsin and surrounding state auction markets. The latest Cattle On Feed report released Friday, October 23 was bearish with on feed numbers 104 percent when compared to October 1, 2019. That was higher than the average trade estimate of 103.3 percent. The largest divergence from estimates came from cattle placed into feedlots during September. While trade expected placements at 102.5 percent compared to a year ago, the report put placements at 106 percent. One bright spot was cattle marketed at 106 percent, and while that’s a friendly number, it was anticipated since average trade estimates came in at 105.9 percent. Carcass weights aren’t coming down, with the average for a beef breed steer at 901 pounds for the second week in a row. Latest export sales for beef were reported at 23,500 metric tons with 18,900 metric tons for 2020 delivery and 4600 metric tons to be delivered next year. While China purchased less pork than expected this week, they were the lead buyer of beef, purchasing 4,300 metric tons. Other buyers included Japan (4,200MT), South Korea (4,200 MT), and Mexico (2,200 MT.) Concern regarding foreign meat demand amid rising COVID-19 cases around the globe is tempering optimism in the beef complex.

Hog prices and pork cutout values have taken a break from their charge higher. There are indications this could be a temporary setback, but of course nothing is a given this year. The latest USDA Cold Storage report released Friday, October 23, showed pork in storage 22 percent below year ago levels. The supply of loins and hams heading into the last two months of the year won’t be short, necessarily, but some analysts are saying they will be tight. Hog supplies are growing, but not to the extent we would expect when compared against the backlog estimates that have been floating around since April. Pork demand domestically remains good – US shoppers are finding the pork in grocery store meat cases. Weekly export totals per the latest USDA report showed 36,000 metric tons of US raised pork sold to foreign buyers. While China was a buyer, their purchases have been disappointing, especially considering the hopes they would purchase more during their ban on German raised pork. Mexico was the largest purchaser at 8,400 metric tons. Japan (6,400 MT), South Korea (2,900 MT,) and China (2,500MT.) rounded out the lead buyers this week.

Producers were in the black according to last week’s Sterling Profit Tracker. Cattle feeding margins were $41.00 per head, but that’s down $95.00 from the previous week. Swine farrow-to-finish operators saw average close-outs $20.00 per head in the black last week, even with the previous week and $2.00 per head lower than a month ago. There’s no doubt this week’s lower cattle and hog prices will further erode break evens. Higher than anticipated corn and soybean prices will impact margins in the future as well.

Beef prices have been coming down at retail outlets and are now below last year on some cuts. Beef loin cuts (steaks) have come under pressure now that summer grilling season is over and restaurant demand for high-end cuts is still slow. Consumers can find Prime loin cuts at chain grocery stores as packers and distributors work to keep product moving. Retail prices for pork is on a mostly steady trend when it comes to retail prices, and it can still be said pork is competing well with other proteins among price conscious shoppers. Chicken breast prices are higher than this time last year with legs and thigh prices dipping lower. Lamb prices remain higher than a year ago at retail. #