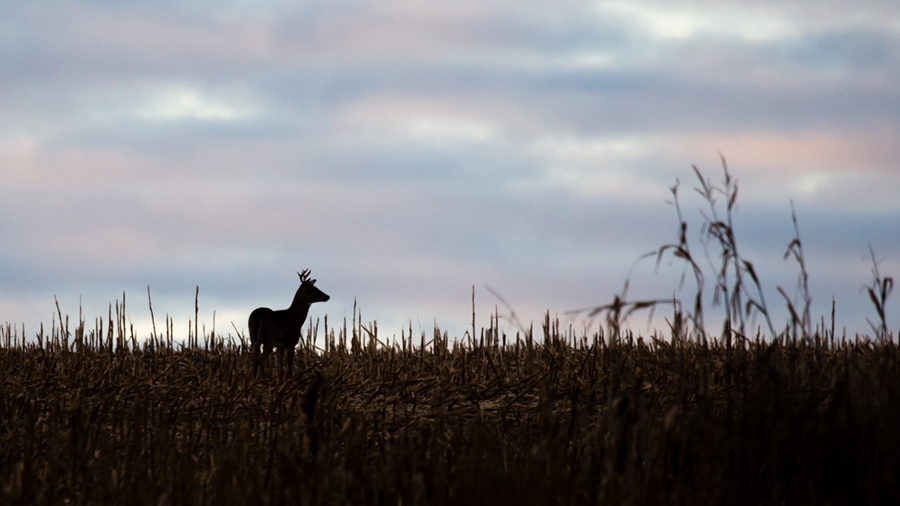 State wildlife officials have confirmed that a tissue sample collected from a deer in Buffalo County has tested positive for the virus that causes epizootic hemorrhagic disease, or EHD. This occurrence of the disease was identified after several landowners in Buffalo County contacted the Wisconsin Department of Natural Resources (DNR) with recent observations totaling 30-35 dead deer north of Fountain City. Earlier this month, EHD was detected in a deer from Oconto County.

The virus that causes EHD can be carried by midges, which are small flies also known as biting gnats or no-see-ums. The EHD virus does not infect humans. People are not at risk of developing disease from this virus even if they handle infected deer, eat venison from infected deer or are bitten by infected midges.

Epizootic hemorrhagic disease is common across the southern and western United States, occasionally showing up in the Midwest. It can be fatal to deer, especially in populations that have limited previous exposure to the virus, such as in Wisconsin. The disease is typically short-lived, as the flies that transmit the disease die with the first hard frost. When deer die of EHD, they typically expire within seven days of infection.

The EHD virus has previously been identified in Wisconsin, generally with varying localized impacts on deer. In the fall of 2019, an EHD outbreak in Crawford and six surrounding counties affected approximately 300 deer. A single case was confirmed in 2017. In 2012, an EHD outbreak was suspected of killing approximately 380 deer in Dane and Columbia counties. Earlier this month, EHD was detected in a deer from Oconto County.

“We are fortunate that the public is keeping a close eye on the herd’s health and quickly reported these mortalities,” said Kris Johansen, the DNR’s wildlife management supervisor for its west-central district. “We ask that the public continue reporting observations of sick or dead deer. These observations will help us evaluate the geographic distribution and number of deer affected by this disease.”

Clinical signs of EHD in deer include:

The DNR will not be collecting or removing deer that are suspected to have died from EHD. Carcasses from deer that die of EHD are not a threat to spreading the disease to other deer, as the virus does not survive for long once an infected deer dies. Nevertheless, the DNR advises against handling any found deer carcasses as other pathogens harmful to humans could be present.

To report a first-hand observation of sick or dead deer, contact your county wildlife biologist. If EHD is suspected, fresh samples will need to be collected within a day or two of death to be useful for detecting the virus. Please be prepared to provide details about the condition of the deer, the exact location where the deer was observed and the condition of the carcass(es). To learn more about EHD click here.