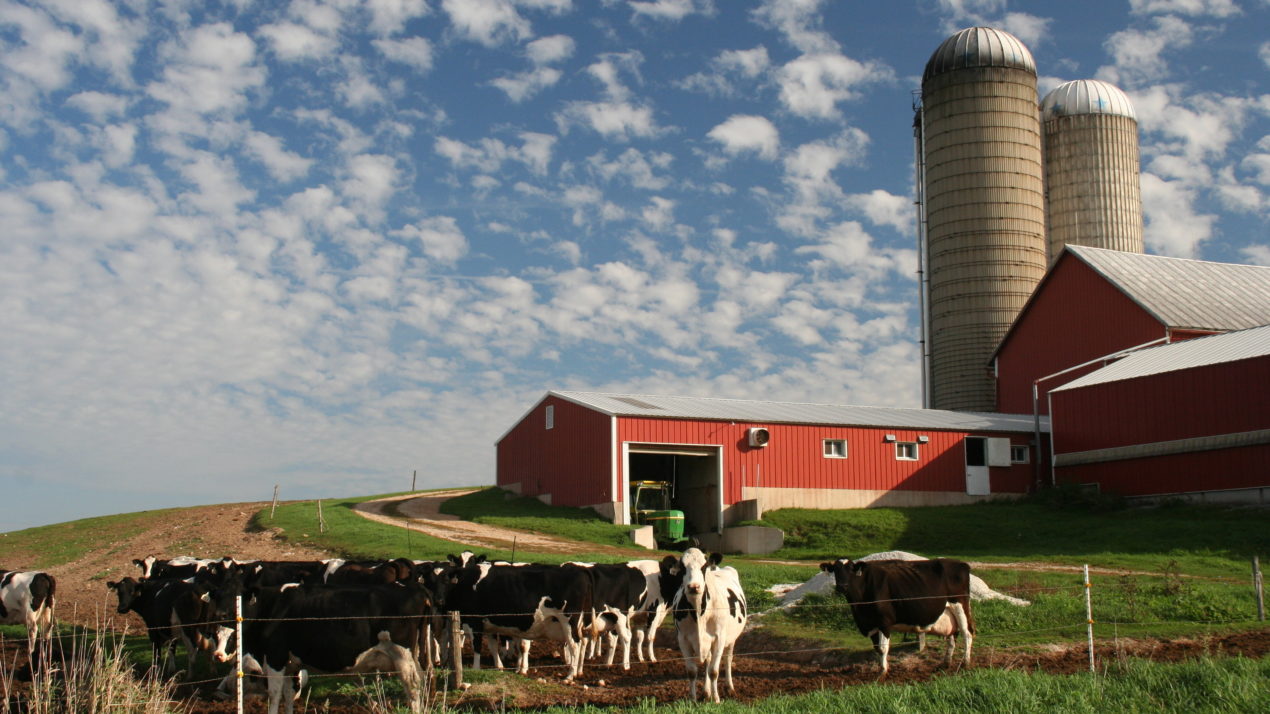 This week offered up some big victories for farmers and consumers at both the state and federal level. “It has been a whirlwind week in the realm of agricultural policy with many long-awaited victories for family farmers,” said Wisconsin Farmers Union (WFU) President Darin Von Ruden. “Our voices have been heard on these issues, and this week’s advancements on topics like right to repair, fair labeling, competitive markets, and local control will provide real benefits to farms across rural Wisconsin.”

“The budget includes some significant funding for Wisconsin agriculture that will build our resiliency coming out of the COVID-19 pandemic,” Von Ruden said. “Our members have strongly advocated for the need for funding of priorities like rural broadband, meat processing infrastructure, conservation, and rural mental health programs, and we’re pleased to see them included in the final budget package.”

“Given trends we’ve seen nationally, more consideration must be given to the effects of unchecked expansion of very large livestock operations,” Von Ruden said. “WFU policy supports local control and allowing the DNR to account for cumulative impacts of all high capacity wells in the area to ensure no adverse impacts on the surrounding water resources or other neighboring farms.”

Executive Order Anticipated on Competition in Agriculture & Fair Labeling
In addition to these victories, the Biden administration announced Tuesday it will issue new rules for defining when meat can be labeled a “Product of the USA.” An executive order is expected in the next few days directing the U.S. Department of Agriculture (USDA) to release new rules “so that consumers have accurate and transparent labels that enable them to know where their food comes from and to choose to support American farmers and ranchers,” White House press secretary Jen Psaki said.

Concerns over misleading “Product of the USA” labeling were the focus of this recent WFU column.

“Honest and transparent meat labeling has long been an issue where large and small producers from different regions of our country can all find common ground,” notes WFU Special Projects Director Lauren Langworthy, who also raises sheep and beef cattle on her Dunn County farm. “We believe that consumers have a right to choose which types of agriculture, which entities, and which import markets their food dollars are supporting. Consistent and transparent labeling is a clear and simple first step toward our communities creating the food system we want to exist in.”

While details of the executive order haven’t been released by the White House at this time, Reuters reported that President Biden plans to direct USDA to increase competition in the meat industry by creating a new rule under the Packers and Stockyards Act. The order would reportedly protect livestock producers’ rights by clearing the way for new rules that would make it easier for farmers to sue companies they contract with over unfair, discriminatory or deceptive practices.

Right to Repair
In addition, there have been rumblings that an Executive Order would give U.S. farmers more power in deciding who repairs their tractors.

“Farmers and independent mechanics should have access to diagnostic software, information, and other tools in order to repair modern equipment — any effort to hinder them in doing so is an abuse of power by these giant agribusiness corporations,” Von Ruden said. “WFU supports the rights of farmers to retain the right to repair equipment purchased inclusive of related technologies without violating warranty.”

“While we welcome the Executive Orders, such orders tend to only last as long as the administration that initiates them. It is important for Congress to move forward with legislation to address antitrust and right to repair issues long term,” said Nick Levendofsky, WFU Government Relations Director.