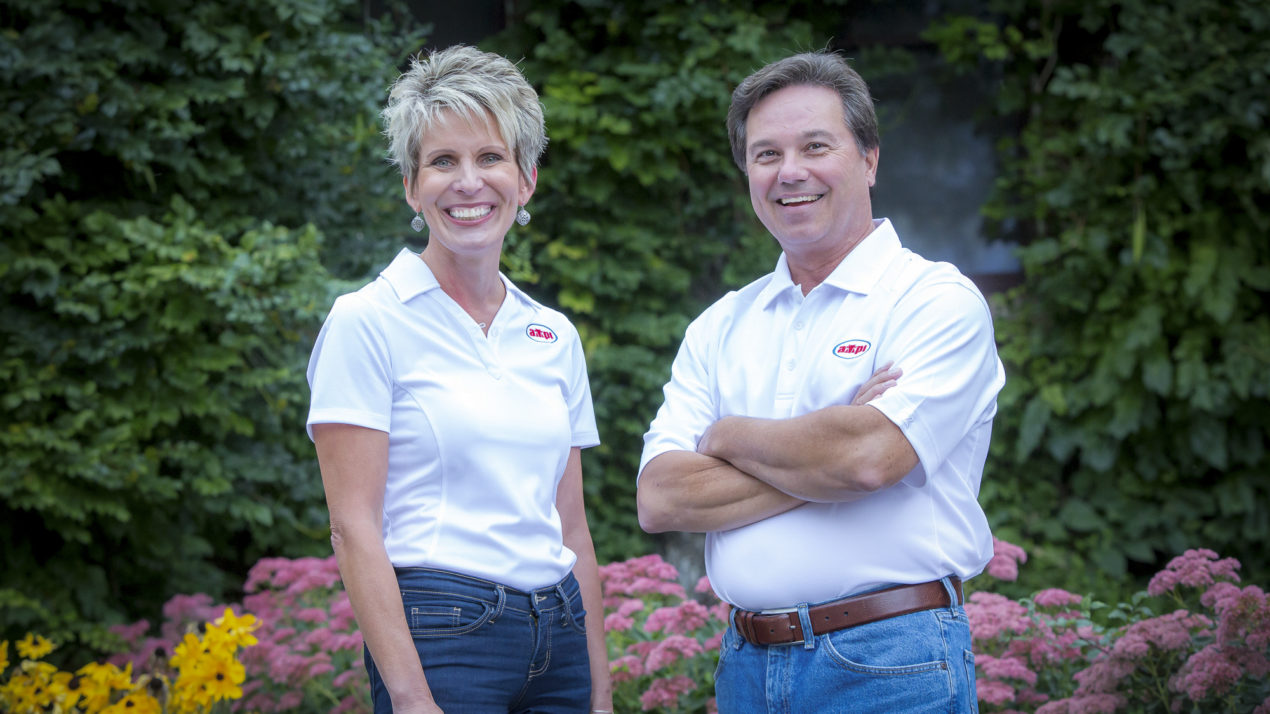 The leaders of the New Ulm, Minn., dairy cooperative were honored tonight at CCA’s annual institute in Milwaukee. They are the 25th honorees to receive the award which recognizes leaders of a broad spectrum of cooperative businesses. In his nomination, AMPI Chairman of the Board Steve Schlangen, a dairy farmer from Albany, Minn., said in their shared leadership role DeVelder and Meshke “are completely selfless and fully focused on making the decisions that set the co-op up for success.”

“They are excellent communicators with their management team and employees, and the board of directors and all of our members,” Schlangen said. “They use these skills to establish priorities across the organization and get things done. Their experience in their previous roles at AMPI allows them to seamlessly focus on communication with members and employees.” DeVelder and Meshke assumed their roles as co-CEOs in 2014. Schlangen noted that while a co-leadership structure was not common in business, the board knew the two were the right team and exemplified the cooperative principle “we are better when we work together.” Meshke, in accepting the award on their behalf, told CCA members that CEOs spend most of their time communicating, both formally and informally, which makes the support of a strong, strategic communication team critical.

DeVelder was raised on a dairy farm near Corsica, S.D. His father was manager of their local creamery, which merged with the newly formed AMPI in the early 1970s. He joined AMPI in 1985 as a field representative, working directly with members which allowed him to develop a deep understanding of their business and the role their co-op plays in helping them achieve success. He later served as executive senior vice president responsible for fluid marketing, human resources and member services.

Meshke grew up on a diversified livestock farm near Good Thunder, Minn. She joined AMPI in 1991 and during her tenure she led communications, public affairs, human resources and strategic planning. Before becoming co-CEO, she was the executive senior vice president leading strategic initiatives to strengthen the cooperative’s performance and value. She was active in CCA for many years, previously earning its Michael Graznak Award for achievements by an early career communicator and its H.E. Klinefelter Award recognizing long-term excellence in cooperative communication.