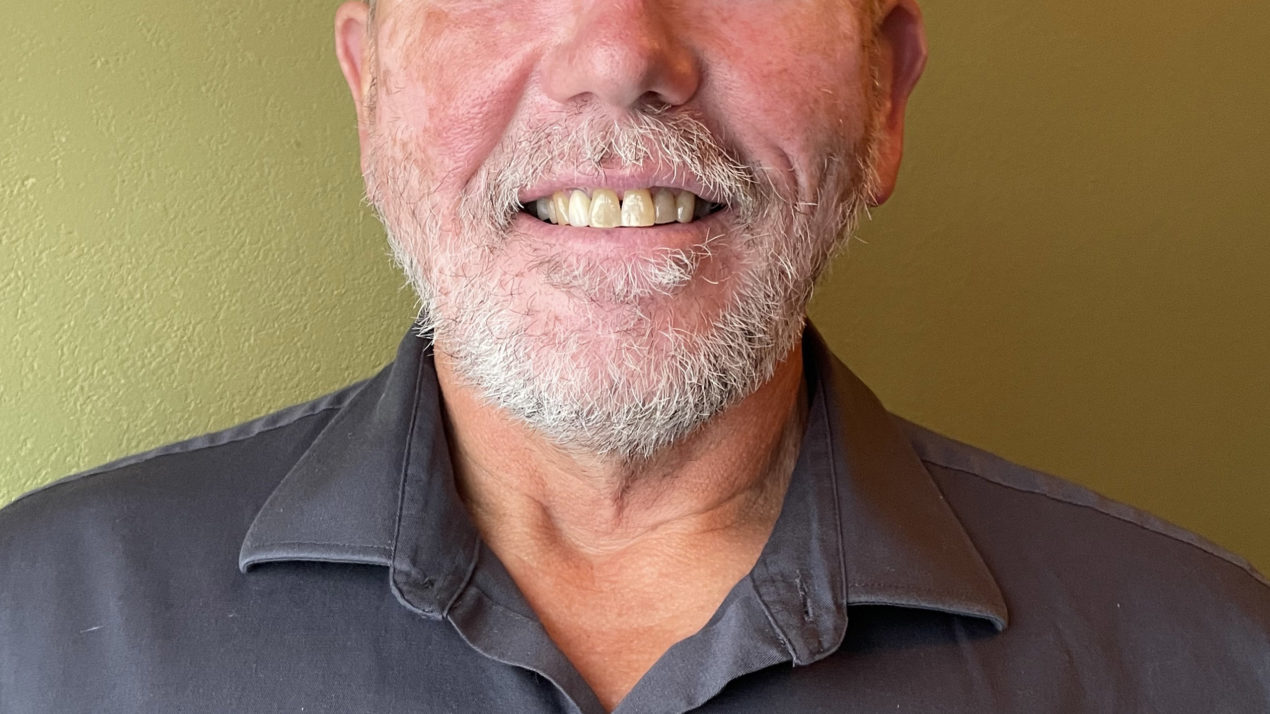 Rick Adamski of Seymour was elected as the new president of Wisconsin Farmers Union during the family farm organization’s annual board of directors reorganization meeting February 9th. Westby dairy farmer Darin Von Ruden, who had served as president since 2010, was re-elected to serve as District 5 Director but has shifted to the role of vice president. Aaron Zimmerman had the chance to catch up with Adamski to discuss the new role.

Adamski has served on the WFU board since 2016. He and his wife, Valerie, own Full Circle Farm near Seymour in Shawano County. They raise grass-fed beef, fresh vegetables, pastured hogs, and laying hens on the 290-acre farm, which has been in the Adamski’s family since 1900. Adamski holds degrees in Soil Science and Resource Management from UW-Stevens Point.

“I’m truly honored to represent this organization because of its history, what it stands for, its members, and its future,” Adamski said. “It’s a huge responsibility and yet one I’m eager to take on, leading so many like-minded souls who are all working to improve life in rural Wisconsin through our shared values. For our members, I would like to have this be a seamless transition, with no noticeable changes in terms of the operation of the organization. As much as possible, I want it to be a new beginning where need be but also a continuation of the good work already happening at the grassroots, staff, and board levels.”

Adamski said addressing monopoly power in agriculture will be a major focus for him in the year ahead. He notes, “The history of National Farmers Union has been steeped in fighting concentration in agriculture. We will continue to align ourselves with that dedicated effort to confront monopoly power, and I will fight for farmers to be able to have a seat at the table in the making of decisions.”

Adamski also expressed appreciation to previous WFU presidents, particularly Von Ruden. “I will be tapping into Darin’s experience regularly and appreciate his continued presence on the board.”

A new face joining the board is Rachel Bouressa, who will serve as the At-Large representative. Bouressa grew up on a 5th generation dairy farm in central Wisconsin. She received degrees in Agronomy and Environmental Science at UW-Madison and took part in the Agroecology Masters Program. She raises grass-fed beef cattle at Bouressa Family Farm in New London. Bouressa serves as vice president of GrassWorks and a co-coordinator for the Central Wisconsin Graziers’ Network. She is also a farmer mentor with the Wisconsin Women in Conservation initiative and serves on her county FSA committee.

“I’m excited to have an opportunity to bring the many conversations with others, from fellow farmers to federal policymakers, to the table,” Bouressa said. “Given my passion, education, experience, and existing collaborative relationships within the community and agriculture statewide, I’m looking forward to contributing to the WFU board of directors in a meaningful way.”

Bouressa, along with John Skoug of Osseo, was also elected to serve as a WFU delegate at the National Farmers Union’s 120th Convention February 28 through March 2in Denver, Colorado.

The following topics passed as Special Orders of Business, which will guide WFU’s work in 2022:

· Concentration in the Agriculture Industry

Additionally, new language was incorporated into the policy book on the issues of PFAs and Local and Regional Fiber, Textiles, and Tanned Farm Products.  The full 2022 WFU policy book will be posted soon at www.wisconsinfarmersunion.com/policy.